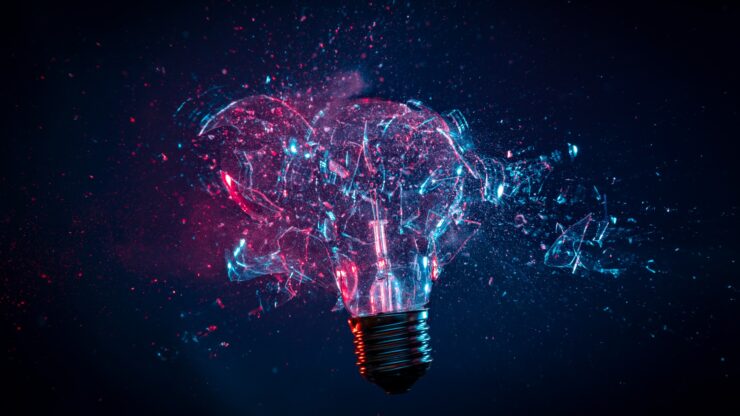 Money has always been the driver of everything. However, in addition to the financial factor, people often came up with brilliant ideas to make their daily lives easier or to simply do what they love.

Most often, inventions come thanks to everyday life and the need to make something easier. For example, the invention of the wheel was born from the need to transport goods and people. The same goes for inventions such as the computer, which was created out of the idea that it could make work easier and faster for someone.

Besides everyday life, what inspires people to create extraordinary inventions?

Inventions that make life easier are often taken for granted. We use them every day and don’t think about how our life would be different without them.

We often forget about some discoveries, but without them, everyday life would be impossible. Besides electricity, without which you would probably not be able to read this article, there is also a wheel.

The wheel has been around for years, but if it hadn’t been invented in 3500 B.C. what would our life look like today without means of transportation?

2. Invention that makes the world a better place

A lot of inventions have been created to combat climate change and environmental issues.

One example is solar energy, which has become increasingly popular in recent years. Solar energy is an amazing invention because it provides clean and renewable energy, thus helping reduce our dependence on fossil fuels and reducing air pollution.

Not only is it environmentally friendly, but it’s also a cost-effective way to power your home or business.

Today, when air pollution has never been higher in the world, it is important that we try not to make the situation even more difficult. That is why discoveries are often made that can help preserve the environment.

Curiosity is another factor that inspires people to invent new things. Many of the most influential inventions were born out of curiosity and the desire to explore beyond what we know. Think of inventions like the telephone, which was invented after Alexander Graham Bell heard a sound in his workshop and wanted to discover what it was.

But curiosity isn’t just about science and technology. It can also be expressed in art, music, literature, and more.

Curiosity is what preceded all great inventions and works, so if you have it in abundance then you are on the right track.

Often the biggest motive. Although ideas do not come when you sit and think about them, if you find yourself in a difficult situation and urgently need money, you will very likely come up with a genius plan.

A shining example is the creation of the iPhone. Ahead of its time, Apple strove to make a phone that was unfailingly better than any on the market; and they did it. The outcome? One seriously loyal customer base and global distribution.

Another example is the invention of the Segway. The inventor, Dean Kamen, was trying to create a device that would make it easier for people to get around. He succeeded, and the Segway is now a common means of transportation in many cities.

5. The desire to be famous

Another common reason for inventing things is the desire to be famous. People often want their names to be remembered long after they die, and the best way to do that is to invent something that becomes part of everyday life.

Some inventors are so driven by this desire that they will stop at nothing to achieve it. Some have even gone as far as to steal other people’s inventions to take credit for them.

Throughout history, we have numerous examples of stealing ideas. If you want to make sure your idea doesn’t get stolen, Invent Help may lend a helping hand. If you don’t want to take our word for it, maybe you’ll like what you see here https://urbanmatter.com/inventhelp-reviews-and-frequently-asked-questions/

6. Passion for what you do

It’s no wonder when someone contributes to science or another field if they love what they do. So often, we see people in the news for their amazing discoveries and inventions, and many of them have dedicated their lives to their work.

When you’re passionate about what you do, it shows in your work. You take more care, you put more effort into it, and you’re more likely to come up with something great.

Passion is one of the main ingredients for success, so if you’re lacking it, you need to find a way to ignite that fire inside of you. It may not be easy, but it will be worth it in the end.

In today’s world, we are constantly faced with new problems that need to be solved. From global warming to health care, many difficulties need creative solutions.

It’s often during times of difficulty that we are forced to come up with new ideas. And of course, when it is necessary to solve a problem, ingenious ideas arise.

This is how many of the greatest inventions were created. People were faced with a problem and they found a way to solve it.

If you’re looking for a way to come up with new inventions, then try looking at the world around you and see what needs to be fixed. It may be something as simple as a broken window or as complex as climate change. But whatever it is, there is sure to be a way to fix it.

No matter what your motivation is, getting inspired to come up with great inventions can be a difficult task. But don’t give up! All it takes is dedication and the right mindset to get you started. With some hard work and creativity, you could turn your ideas into something amazing. Who knows? Perhaps one day your invention will make the world a better place.

The possibilities of what we can create are endless, and there is no greater feeling than taking an idea in your head and making it into something tangible. So, if you ever feel like you’re out of ideas, take a step back, observe the world around you, and get inspired! After all, great inventions have the power to improve lives and create a better future. So, don’t be afraid to dream big and start inventing today!